The Monday, January 28, Climate Justice Forum radio program hosted by Wild Idaho Rising Tide (WIRT) features Kai Huschke, the Spokane-based Northwest organizer for the Community Environmental Legal Defense Fund and an Envision Spokane activist who will lead a Friday evening presentation and Saturday morning workshop at the 1912 Center in Moscow.  Kai explains how the corporate-shaped/state-supported regulatory system and legal doctrines favor corporations over communities and why activists must transition from reactive, defensive struggles toward pro-active, offensive strategies that enact legally defensible bills of rights and succeed in protecting ecosystems and communities.  His experience and perspective on rights-based initiatives are especially germane to the Idaho Transportation Department (ITD) scheme to expand and reroute U.S. Highway 95 south of Moscow through native Palouse Prairie remnants on weather-exposed Paradise Ridge, likely to accommodate international industrial traffic like tar sands megaloads.  WIRT invites listeners to share their insights during the show broadcast on KRFP Radio Free Moscow between 7:30 and 9:30 pm PST live at 92.5 FM and online, by calling the station studio at 208-892-9200.  Thanks to the generous, anonymous listener who adopted program host Helen Yost as his KRFP DJ, the show also covers regional and continent-wide dirty energy developments and climate activism news. 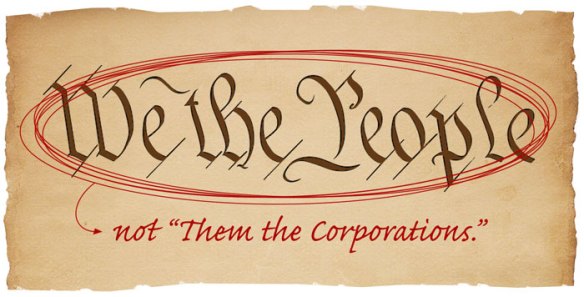 On February 1 and 2, the Palouse Environmental Sustainability Coalition, Wild Idaho Rising Tide, and several local conservation and human rights organizations again gratefully welcome to Moscow Kai Huschke, the Spokane-based Northwest organizer for the Community Environmental Legal Defense Fund and an Envision Spokane activist.  Everyone is invited to participate in his public presentation and meeting in the 1912 Center Fiske Room, 412 East Third Street in Moscow.  On Friday evening, February 1, at 7 pm, Kai will talk about When the Law is on Their Side: What Communities are Doing Differently to Change the Game Against Corporate Domination, describing the legal background and necessity of the 150 community bills of rights codified by cities, counties, and townships as local “declarations of independence” from harmful corporate activities and their government facilitation.

Over the last 150 years, the few people who own and run corporations have perfectly constructed and patented a structure of law seldom understood in its practical applications.  These legal doctrines insulate corporations from community control, grant them greater legal and constitutional rights than community majorities, and routinely preempt and nullify resistance in targeted communities, who almost never win against corporations.  Communities predictably respond by focusing solely on the state-sanctioned destruction wrought by a corporate activity and by trying to convince other people of the need to ban, rather than merely regulate or allow, corporate actions and harms.  But by instead structurally changing the ground rules, people across the country have successfully joined together to organize and use their collective lawmaking powers and non-violent civil disobedience, directly challenging and ultimately liberating themselves from centuries-old corporate domination in everything from factory farms to water privatization to dirty energy, while protecting the health, safety, and welfare of communities and ecosystems.  Moscow and Latah County citizens could similarly offer important leadership and linkage in attaining more critical mass of this authentic democracy. END_OF_DOCUMENT_TOKEN_TO_BE_REPLACED

Why Community Bills of Rights?