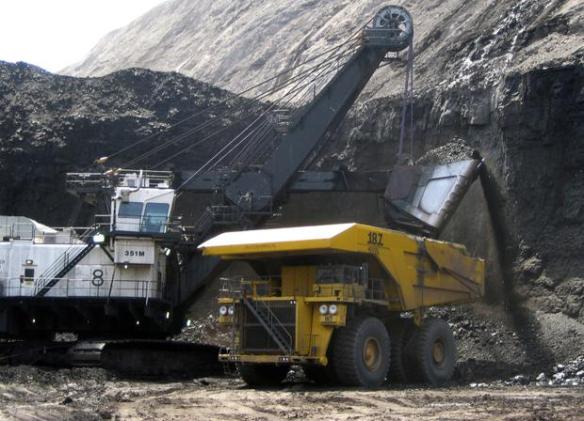 Since late May, Rising Tide and allied groups across the Northwest have been organizing region-wide direct actions for the Fearless Summer of resistance to extreme energy extraction, transportation, and combustion, starting with the Escalating Week of Action during June 24 to 29.  In Coeur d’Alene/Spokane, Missoula, Portland, and Seattle, climate activists are integrating their messages and images for coordinated demonstrations confronting Northwest coal mining, hauling, and burning on June 25, 27, and 28.  In solidarity with grassroots organizations across the country, regional protests strive to stop some of the worst dirty energy industrial projects in America.

On behalf of the health and environment of Idahoans and Montanans recently dismissed by the U.S. Army Corps of Engineers (Corps) at a U.S. House Energy and Power Subcommittee hearing on Tuesday, June 18, Wild Idaho Rising Tide (WIRT) activists and allies will stage a demonstration at the Coeur d’Alene Corps office (2065 West Riverstone Drive) at 3 pm on Thursday, June 27.  Jennifer Moyer of the Corps stated at the hearing that the federal agency will not undertake a programmatic environmental impact statement considering the broader climate change impacts and the effects of rail transport of coal in its review of three proposed Northwest coal export terminals.  WIRT takes issue with Ms. Moyer’s announcement and the Corps’ fast-tracked Morrow Pacific environmental assessment of Ambre Energy’s Boardman, Oregon, port plans.  (See the following links to pertinent videos, articles, and a protest location map.)

Activists in Montana, Idaho, and eastern Washington encounter difficulty targeting corporate offices and industrial polluters, because thankfully not many sully the inland Northwest’s more breathable environs.  Nonetheless, like comrades in other Northwest cities and beyond, members of Occupy Spokane, Spokane Coalition Builders, and WIRT will gather in Spokane for a sign-waving rally and biking event denouncing coal export/Bakken shale oil train routes and increased rail traffic through northern Idaho and Spokane.  Participants will meet at 4:30 pm on Thursday, June 27, in the lobby of the Community Building (35 West Main Avenue, Spokane) before standing at the busy, evening rush-hour intersection of North Division Street and East Martin Luther King Jr. Way.  A Spokane bike action may also emerge at 6 pm in High Bridge Park just off West Sunset Boulevard, with people riding trails near train tracks through the west side of Spokane.

Please RSVP to let WIRT know if you can attend any of these events.  Carpools to Coeur d’Alene/Spokane will depart the WIRT Activist House in Moscow, Idaho, at 1 pm on Thursday, June 27, and return by 8 pm that evening.  For further information, email WIRT at wild.idaho.rising.tide@gmail.com or call 208-301-8039.  Before the massive 350.org Summer Heat convergence in Portland on Saturday, July 27, co-sponsored by Portland Rising Tide and expanded by representative contingents from across the region, other Fearless Summer actions this week in the Northwest include:

From 5 to 6:30 pm, members of Blue Skies Campaign, Coal Export Action, and Northern Rockies Rising Tide will host a rally at the downtown county courthouse.  With concerns ranging from the Otter Creek coal mine to the Keystone XL pipeline, Montanans will ride bikes along the tracks in Missoula, connecting with other participants along the way to corporate offices to deliver their demands.

At 3:15 pm at the downtown City Hall Park, Rising Tide Seattle and 350 Seattle will ride three miles to visit and call out companies who profit from cooking the planet.  After physically opposing fossil-fuel corridors in the Salish Sea and Northwest, bicyclists will converge with Critical Mass riders at 6 pm in Westlake Park.