Please join Wild Idaho Rising Tide (WIRT) and allies at 8 am MST on Wednesday, December 14, for the Payette County Forced Pooling Protest on the Idaho Capitol steps at 700 West Jefferson Street in Boise, Idaho. Concerned citizens from throughout Idaho are coming together to stand in support of over 150 Payette County families and home, property, and business owners whom the state of Idaho and a Houston, Texas-based fossil fuel producer are pushing into oil and gas leases for integration, or “forced pooling,” of their private resources [1, 2].  Alta Mesa Idaho (AMI) integration applications to the Idaho Oil and Gas Conservation Commission could impose extraction of Idahoans’ oil and gas, with or without their permission, from three new wells, and perhaps many more, on two adjacent, one-square-mile sections of land and another, smaller tract in and near the Fruitland community.  With state approval, Alta Mesa and other toxic intruders could directionally drill, hydraulically fracture (“frack”), and chemically “treat” these wells beneath and only 200 feet on the ground from a few hundred subdivision homes and other structures like schools and hospitals, and under, next to, or within less than a mile of the Snake and Payette rivers and their wetlands and floodplains, and below already leased U.S. Highway 95 (See the attached photos of spacing units).

At 9 am on Wednesday, December 14, the Idaho Department of Lands (IDL) is holding the first administrative hearings on contested AMI forced pooling applications since the Idaho Legislature passed SB1339 in March 2016, the egregious statute that changes and rushes the integration process to benefit the oil and gas industry and trample citizen rights anywhere in the state. The advocacy group Citizens Allied for Integrity and Accountability (CAIA) has retained constitutional law attorney James Piotrowski, of the law firm Herzfeld and Piotrowski, to represent a group of unwillingly integrated, officially objecting, Payette County mineral owners [3, 4].  In the Lincoln Auditorium, Room WWO2 in the lower level of the Idaho Capitol west wing, integration objectors will challenge the legality of the proposed spacing units and of IDL’s due processes that afford impacted landowners insufficient time and information to consider forced pooling applications and to consult attorneys, banks, and insurance companies about the adverse financial consequences of integration on property rights, values, mortgages, and insurance.

Participate in the 8 am protest and attend the 9 am hearings, continued if necessary at the same locations on Thursday, December 15, to show your support of hardworking, tax-paying, Payette County and regional residents, by serving as protesters, observers, witnesses, and testifiers. Oil and gas industry invasions accommodated by state sanctioned forced pooling could inevitably jeopardize air and water quality and quantity, contaminate ground and surface water, wells, and agricultural lands, and ultimately degrade the sustainability and quality of life in Idaho.  Because citizens throughout the Treasure Valley – from eastern Oregon to Twin Falls and in Ada, Canyon, Cassia, Gem, Owyhee, Payette, Twin Falls, Washington, and other Idaho counties – could eventually endure the ravages of these same integration rules, Idahoans should demonstrate with a large turnout, noticed by public officials and media reporters, that a majority of us will confront these injustices that transcend southwestern Idaho.  In honor of Dakota Access pipeline resistance supporting the Standing Rock Sioux, it is time for us to rise up on Idaho’s fossil fuel frontlines and protect our waters and lands! 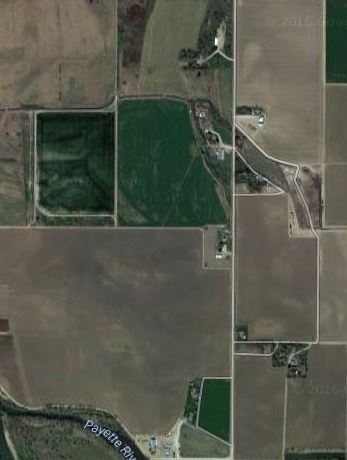 Before these events, WIRT will provide further background information about this situation and forced pooling on our website and facebook pages. Thanks!

[3] Citizens Allied for Integrity and Accountability

[4] What You Should Know About Oil and Gas Forced Pooling, December 1, 2016 Charlene Kay Quade facebook post of CAIA poster