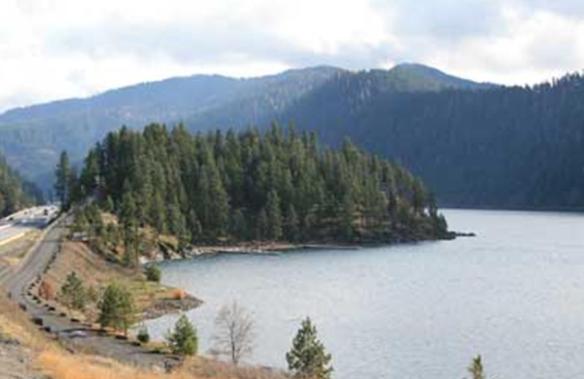 On Friday afternoon, February 28, at the Wellness Center in Plummer, Idaho, Wild Idaho Rising Tide (WIRT) organizers are holding an inter-community discussion among Coeur d’Alene and Nez Perce tribal members and Coeur d’Alene and Moscow activists about three of the heaviest, longest, and widest megaloads to ever travel on Highway 95 through Moscow and the Coeur d’Alene Reservation and on Interstate 90 and East Coeur d’Alene Lake Drive.

On February 6, as Oregon colleagues prepared to file a lawsuit against megaload permits issued in their state, five regional conservation- and climate change-oriented groups co-wrote and sent a letter of concern about these proposed Mammoet megaloads to the FHWA, ITD, and other responsible city, county, state, and federal agencies and representatives [2].  Wild Idaho Rising Tide, Spokane Rising Tide, Kootenai Environmental Alliance, Friends of the Clearwater, and Palouse Environmental Sustainability Coalition strongly recommended that these agencies “better consider and act to prevent the implications of this proposed Mammoet move and on-ramp construction for air and water quality, wildlife and habitats, the regional environment and inhabitants, and global climate.”  The organizations formally requested that the appropriate cooperating agencies comply with NEPA mandates, extend and expand their project review and public involvement processes and periods, and delay and deny project approval based on further analysis.

This Friday meeting could feature a tar sands/megaload discussion, regional issue slide show, documentary screening, or action-planning session, depending on participant interests.  Event planners ask everyone attending to bring and enjoy potluck snacks and beverages and to assist and coordinate this and future similar endeavors.  As WIRT activists and allies have admiringly witnessed across the four-state region, the will to rise up against dirty energy facilitating corporate and government ventures must come from within individuals and groups, so event organizers do not intend to pressure this campaign without local initiative.  Coeur d’Alene Tribal Chairman Chief Allan’s letter denouncing megaload traffic through indigenous homelands greatly encourages us, so we are eager to together support further resistance and to stand with Coeur d’Alene tribal members in protest and protection when the time comes [3].

Please share this message with potentially interested family, friends, co-workers, associates, and local media outlets, and join concerned tribal members and climate activists for this free event on Friday, February 28, from 3 to 5 pm at the Wellness Center conference room A at 1100 A Street in Plummer, Idaho.  WIRT welcomes all participants to ride and/or drive with activists attending a non-violent direct action workshop hosted by Indian Peoples Action, from 9 am until 3 pm on Sunday, March 2, at the University of Montana in Missoula [4].  We appreciate your involvement and gratefully anticipate your questions, suggestions, and ideas about any of these events and issues.

1 thought on “Tribal and Climate Activists Gathering about Mammoet Megaloads”